It is inevitable in everyone’s life. Being age related it’s a phase and it can be described as the withdrawal from one’s position, occupation or active working life. Yes, we all have to face retirement in our lives, may be from your employment or profession. The retiring age differs from one country to another, although in India, our official retiring age is 60 for government and public sector undertakings. As one approaches retirement from world life, some would hope to get a few more years whereas some would be happy that their turn has finally arrived. The latter types are generally those who are overburdened or harassed by their higher ups at their place of work. We need to admit that our mental health is bound to deteriorate with age and after putting in a professional life of 40 or more years, a break is always welcome. What more can one hope to achieve? END_OF_DOCUMENT_TOKEN_TO_BE_REPLACED 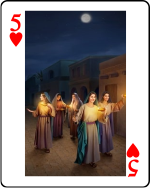 The “5”The “5” of the playing card symbolizes the five wise virgins found in the Gospel of Mathew 25, 1-13. The Gospel speaks of ten virgins of whom five are wise virgins and five foolish. The wise represent  the true believers in Christ who are prepared for His coming while the foolish represent the unbelievers. The message of this parable is a warning to all of us. We are warned that Christ may delay His coming, but we should be prepared anytime. The Son of man, Jesus Christ may come in unexpected time, but we should be ready with our lamps full of oil. The oil represents our good works, our holiness and our faith in God. As believers, we must keep the fire burning in us, uphold and defend the truth in the word of God. END_OF_DOCUMENT_TOKEN_TO_BE_REPLACED

It’s September! On the 8th we celebrate the birthday of our blessed mother Mary. It is a special time in the year when parents take pains for 9 days to bring their children to mother Mary for the special protection. We will really never know in how special way she has protected our children until may be we are in the next world and look down upon them.

There is a meditation that directs you to close your eyes, become still and listen- to the song the angels sang when you were born. Try it.

Now imagine the song the saints and angels sang when Mary was born. Imagine the love which God the father looked down on Mary whom He had chosen to be the mother of His son Jesus. It must have been His delight to watch Mary grow in wisdom, purity, humility, obedience- perfect for the plan for salvation. Fast forward to Mary’s bethroval to Joseph, who also was chosen by God to be the foster father of His son-a man of integrity. END_OF_DOCUMENT_TOKEN_TO_BE_REPLACED

Every child is a child of God’ as mother Teresa quoted. On September 5th every year we celebrate girl child day, teachers’ day and the feast of mother Teresa as she is fondly known. Mother Teresa was born in Skopje on 26 August 1910. She was baptized the very next day and she always called this day as a ‘true birthday’. Her baptismal name was Agnes Gonxha (means little flower) Bojaxhiu. Indeed compared to a rose that bloomed, its fragrance spread across the nations and continues to bless the world. That rose is mother Teresa. She lives in the heart of millions as the mirror that reflected the face of God. END_OF_DOCUMENT_TOKEN_TO_BE_REPLACED 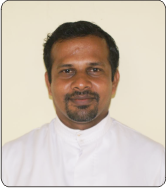 The fascinating Journey of my Vocation.
At a very tender age, I allowed myself to be captivated by Jesus.
I strongly believe that my Vocation to Priesthood was initiated by the warmth and loving touch of my Sister. The nostalgic memory of her holding my hands, tenderly accompanying me to Church for the daily Mass enkindled the spark to be a Priest of God.
Each day as I served at the Holy Eucharist, the desire to be a priest enhanced my joy. My parents were my pillars of strength and support. Their simple lifestyle, hard work and discipline infused in me strong values. Through constant prayer and reflection, I finally entered the Society for Missionaries of St. Francis Xavier (SFX) known as Pilar Fathers and since then there was no turning back. END_OF_DOCUMENT_TOKEN_TO_BE_REPLACED 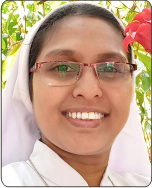 God calls us in mysterious ways. Each member in the Religious Congregations /Societies/Secular Institutes and a Consecrated person have a story to tell. Each one is unique and so is their Vocation Story.

As for me the seeds of my vocation were planted by my parents. Even as a child and whilst growing up, my parents, my five siblings and I would pray the family rosary, and read Holy Scriptures daily. Many times I was given the opportunity to lead the rosary. We attended mass and novenas and I always asked God to bless my plans. From childhood I had a desire to follow Jesus. My vocation was nurtured by my parents and continues to be watered and encouraged by many people who come into my life. END_OF_DOCUMENT_TOKEN_TO_BE_REPLACED

Democracy is what everyone speaks of and fair enough, most enjoy and appreciate it. But mindsets of people especially towards Christians is still the same but at a much lesser extent as compared to what and how it dated 450 years ago and to be specific during the time of inquisition. The way most orthodox look down upon the muslim and hindu- inter religious marriage, so do even the educated class and to be specific the ‘Brahmins’ of Goa look down upon Christians. I had personal experiences of the same. END_OF_DOCUMENT_TOKEN_TO_BE_REPLACED

Your faith in God can make any sickness disappear’.

My name is Pearson Fernandes aged 24 and just like every person suffering from Covid-19, I was one of them. Covid-19 wasn’t just a sickness for the world but It was a battle against death or you could say survival.

I was tested positive in April.

Before Being tested I experienced symptoms such as body fatigue and headaches.